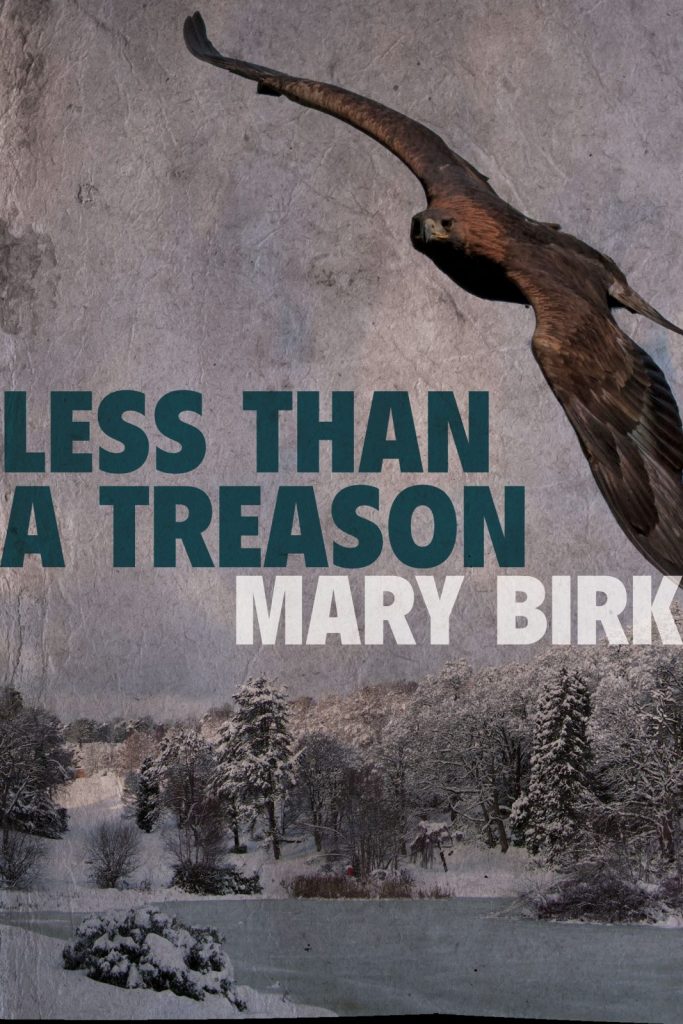 Just in time for the holidays, the third Terrence Reid/Anne Michaels mystery, Less Than A Treason, set at Christmas in the Scottish Highlands, is being released this Thursday, October 29, 2015.

Scottish Police Superintendent Terrence Reid tears himself away from a murder investigation in Glasgow to return to his family’s ancestral home for a Christmas house party celebrating the christening of his son. Dunbaryn Castle is all decked out for Christmas, but the mounds of beautifully wrapped gifts and delicious smells emanating from the kitchen can’t hide the tensions running between Reid and his estranged wife, Anne. He’s not expecting a very merry Christmas.

Braving snowy roads, guests arrive, bringing along with their presents hidden intrigues whose ominous elements vibrate below the party’s surface. When the murder investigation Reid thought he left behind in Glasgow follows him to Dunbaryn and the murderer strikes again, his holiday gets cut short. Drawn deep into a labyrinth of family scandals and greed, Reid is forced to confront shattering secrets better left buried to stop the murderer.

For readers who haven’t started the series, but would like to try it, the first book, Mermaids of Bodega Bay will be free on Amazon for five days, beginning Thursday, October 29, 2015. The second book in the series, The First Cut, is also on Amazon. Links to all my books are on my website www.marybirk.com.

The inspiring quotation that actually started the series for me, also gave me the title of this book. It comes from the last stanza of a much loved poem by Robert Frost called Reluctance that goes like this:

“Ah, when to the heart of man
Was it ever less than a treason
To go with the drift of things,
To yield with a grace to reason,
And bow and accept the end
Of a love or a season?”

Happy Reading – if you have time to do a review, I’d greatly appreciate it. (And I hope your holidays are less eventful than Anne and Terrence’s!)

1 thought on “Less Than A Treason – Available Thursday, October 29th!”