Mary Birk’s Blog: Friends of the Heart: Memories and Bears 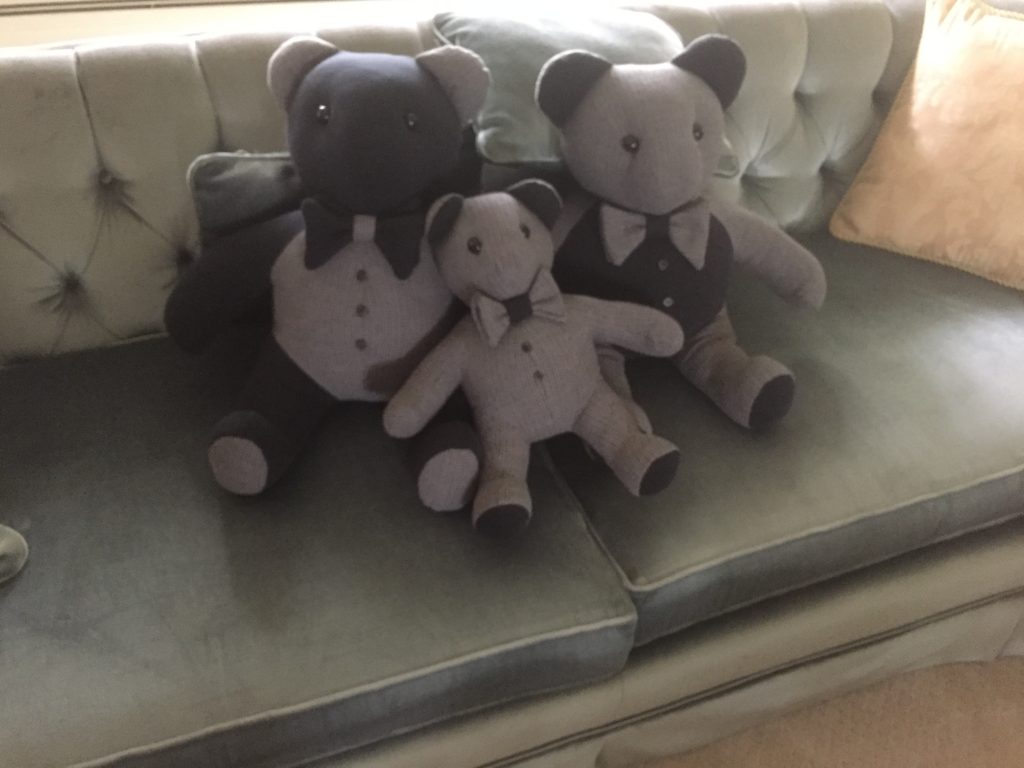 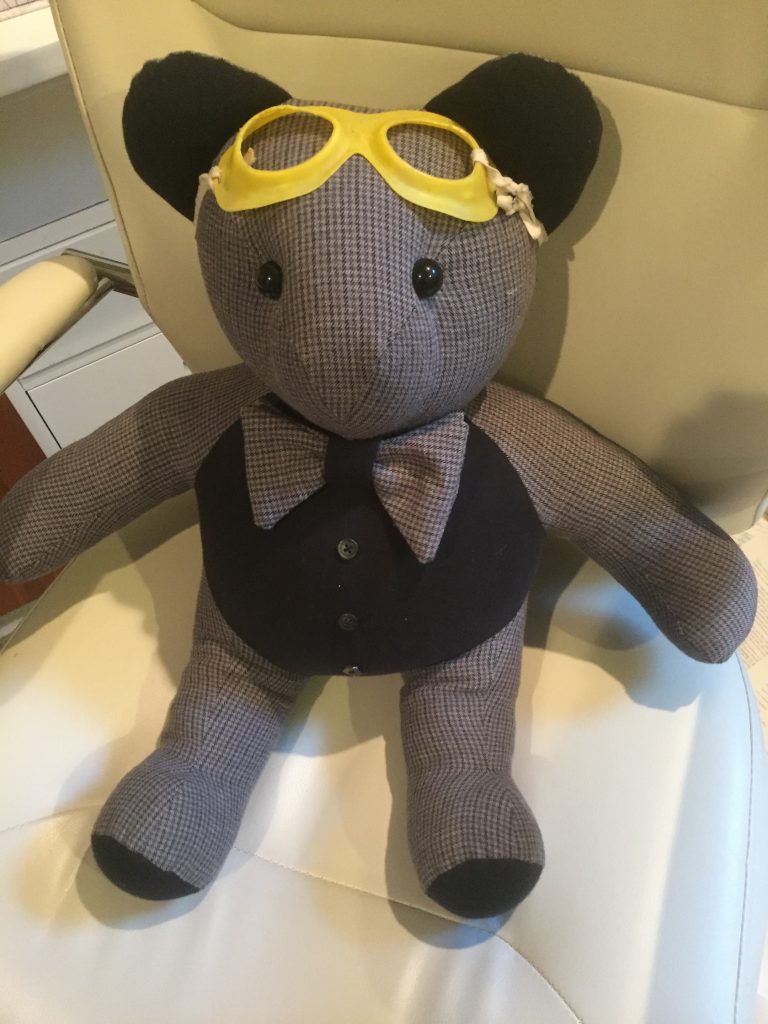 Friends of the Heart: Memories and Bears

Sometimes lovely things come from heartbreaking losses. After our Mike died last year, we’ve reconnected with many good friends who’d we not seen for years. Some by phone calls, some by letters, some by texts, some by email, and best of all, some in person. Over the next month, I’m going to share some of the stories. This one is about Jane.

When our children were very, very small, I met someone who became a dear friend, Jane Collins. Our children were close in age, and became best buddies. Jane and I shared the experience of raising rambunctious boys, while also having fun together. We were in a babysitting co-op and stitchery group, and gleefully left our kids with our husbands one evening a week to take art lessons. When I went to work full-time and she moved away, we lost touch. I missed her so much, but lives are busy, time goes on, and empty spots fill up.

A week after I retired from practicing law, I decided to look for Jane, and turned to Facebook. Wonder of wonders, I found her! We started chatting, catching up, then two months later, quite unexpectedly, Mike left us. Jane’s comforting words and listening ear helped me survive. She never knew Mike as a young man, but knew him well as a mischievous and joyful child. Memories of our children in those days, and our shared adventures lightened my heart.

When she and her husband came to Colorado this January, we all got together. So much fun! She told me about bears she’d started making using pieces of clothing that held memories. When she offered to make one for me, I gratefully and quickly accepted. Then I asked, could she make a bear for Mike’s beloved Amanda Guerrero, as well? She graciously agreed, and ended up making three bears so Dan, Mike’s brother, could have a little one, too!

Amanda sent me two pieces of Mike’s favorite clothes for the bears. One was his favorite flannel, and the other a soft shirt, and I sent them on to Jane. When the bears came, I couldn’t stop smiling. I posed them all over the house, and snapped their photos. I named the one staying here with me, Mike Bear. But studying him, I realized something was missing. I quickly realized what it was, and ran to get Mike’s famous yellow goggles. Perfect fit! He’s been wearing them every since. (For those of you who never saw them on Mike, here’s a photos of Dan and Mike at Disneyland, with Mike wearing the ever-present goggles.) 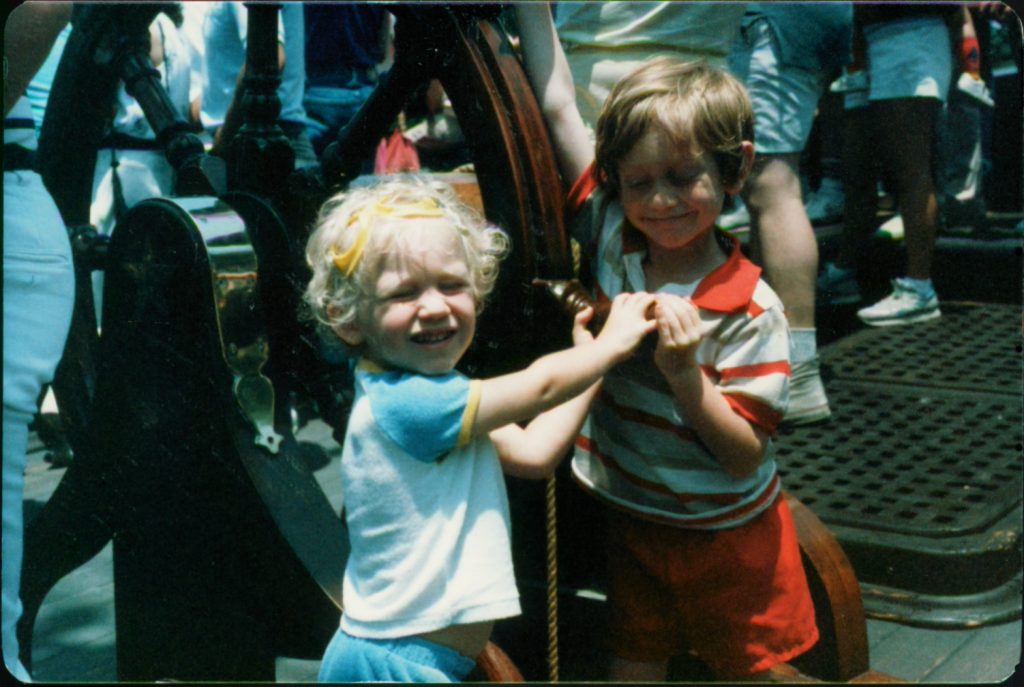 Mike quit wearing his goggles before he marched off to kindergarten, but Mike Bear is going to wear them always. Tears come to my eyes as I write this, thinking about Jane, her kindness, and how glad I am she is in my life. Then I smile.