Suspecting that his estranged wife is having an affair with a famous artist from a renowned American art dynasty, Scottish Police Superintendent Terrence Reid, heir to a whiskey fortune and Scottish title, travels to the small California seaside town of Bodega Bay to try to win her back—only to discover that her lover’s six-year-old daughter has just been kidnapped. Anne, a talented historic garden designer, doesn’t know whether to bless or curse the luck that had her husband show up on her doorstep just as disaster strikes the Grainger Art Colony. Moving on after he left her was hard, but she’d done it with Andrew Grainger’s help.

When Anne and her lover become the FBI’s chief suspects, Reid, compelled to exonerate the woman he still loves, steps in to investigate—and in the process, uncovers a shocking web of deceit and danger.

The First Cut, Book 2 of the Terrence Reid Mystery Series 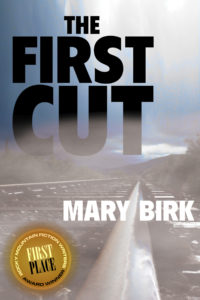 Scottish Police Superintendent Terrence Reid’s race to derail the money pipeline fueling a string of deadly terrorist attacks suffers a devastating setback when his informant is brutally murdered. Reid’s chief suspect, a ruthless financier, always seems to be one step ahead of him. After one of his men is murdered, Reid suspects he’s got a traitor in own camp. When Reid’s beautiful young wife becomes deeply embroiled in the investigation, things get dangerously personal.

Less Than A Treason, Book 3 of the Terrence Reid Mystery Series 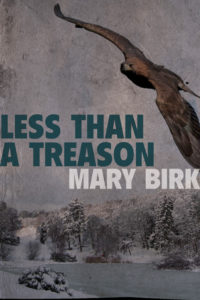 Scottish Police Superintendent Terrence Reid tears himself away from a murder investigation in Glasgow to return to his family’s ancestral home in the Highlands for a Christmas house party celebrating the christening of his son. He’s not expecting a Merry Christmas considering hisestranged wife will also be in attendance.

Dunbaryn Castle is all decked out for Christmas. Lights festoon the Highland castle, the tree is decorated and surrounded by mounds of beautifully wrapped gifts, fires crackle in the myriad fireplaces, delectable plum puddings await in the pantry, fragrant pine boughs drape every surface possible, and delicious smells emanate from the kitchen. Mistletoe, holly, tangerines, gingerbread, Christmas crackers, eggnog, hot buttered rum—nothing is missing for a perfect Christmas. The ballroom’s crystal chandeliers sparkle, ready for the Christmas Eve ball, and the baptismal font in the castle’s stone chapel is freshly scrubbed.

But in spite of the elegant trappings, ominous elements vibrate below the house party’s surface. When the murder investigation Reid thought he left behind in Glasgow follows him to Dunbaryn Castle and the murderer strikes again, this time close to home, his holiday gets cut short. Drawn deep into a labyrinth of family scandals and greed, Reid is forced to confront shattering secrets better left buried.

Most Gracious Advocate, Book 4 of the Terrence Reid Mystery Series 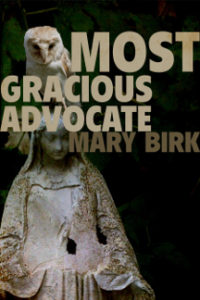 In the fourth Terrence Reid book, Reid and Anne are back in Glasgow, trying to make a go of their patched-up marriage, when a string of nanny kidnappings hits a little too close to home.

Lured by an internet-based trap, a sixteen-year-old American au pair, Lizzie Frost, is snatched from the chilly Glasgow streets, making her the third girl to disappear in similar circumstances in as many months. Scottish Police Superintendent Terrence Reid’s team is charged with finding the girls and stopping whoever’s behind the abductions before another girl disappears.  But that’s easier said than done: there are more questions than answers, and everyone has something to hide. As the complex layers of deceit are unraveled, the betrayals mount up, threatening to destroy families, careers, and lives. After Reid’s own family becomes part of the case, he’s forced to confront moral choices that threaten his most basic beliefs.